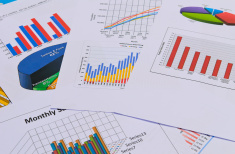 The objective of our audit is the expression of an opinion about whether your financial statements are fairly presented, in all material respects, in conformity with U.S. generally accepted accounting principles and to report on the fairness of the additional information when considered in relation to the financial statements taken as a whole. The objective also includes reporting on:

The reports on internal control and compliance will each include a statement that the report is intended solely for the information and use of management, the body or individuals charged with governance, others within the entity, specific legislative or regulatory bodies, federal awarding agencies, and if applicable, pass-through entities and is not intended to be and should not be used by anyone other than these specified parties.

Our audit will be conducted in accordance with U.S. generally accepted auditing standards; the standards for financial audits contained in Government Auditing Standards, issued by the Comptroller General of the United States; the Single Audit Act Amendments of 1996; and the provisions of OMB Circular A-133, and will include tests of accounting records, a determination of major programs in accordance with OMB Circular A-133, and other procedures we consider necessary to enable us to express such an opinion and to render the required reports. If our opinion on the financial statements or the Single Audit compliance opinion is other than unqualified, we will fully discuss the reasons with you in advance. If, for any reason, we are unable to complete the audit or are unable to form or have not formed an opinion, we may decline to express an opinion or to issue a report as a result of this engagement.

Our audit will include obtaining an understanding of the entity and its environment, including internal control, sufficient to assess the risks of material misstatement of the financial statements and to design the nature, timing, and extent of further audit procedures. Tests of controls may be performed to test the effectiveness of certain controls that we consider relevant to preventing and detecting errors and fraud that are material to the financial statements and to preventing and detecting misstatements resulting from illegal acts and other noncompliance matters that have a direct and material effect on the financial statements. Our tests, if performed, will be less in scope than would be necessary to render an opinion on internal control and, accordingly, no opinion will be expressed in our report on internal control issued pursuant to Government Auditing Standards.

As required by OMB Circular A-133, we will perform tests of controls over compliance to evaluate the effectiveness of the design and operation of controls that we consider relevant to preventing or detecting material noncompliance with compliance requirements applicable to each major federal award program. However, our tests will be less in scope than would be necessary to render an opinion on those controls and, accordingly, no opinion will be expressed in our report on internal control issued pursuant to OMB Circular A-133.

An audit is not designed to provide assurance on internal control or to identify significant deficiencies. However, during the audit, we will communicate to management and those charged with governance internal control related matters that are required to be communicated under AICPA professional standards, Government Auditing Standards, and OMB Circular A-133.

As part of obtaining reasonable assurance about whether the financial statements are free of material misstatement, we will perform tests of (name of client)’s compliance with applicable laws and regulations and the provisions of contracts and agreements, including grant agreements. However, the objective of those procedures will not be to provide an opinion on overall compliance, and we will not express such an opinion in our report on compliance issued pursuant to Government Auditing Standards.